Elefsina celebrates Europe Day with events for young people and a plethora of parallel activities for all ages Co-organized by 2023 Eleusis European Capital of...

Elefsina celebrates Europe Day with events for young people and a plethora of parallel activities for all ages
Co-organized by 2023 Eleusis European Capital of Culture, the Office of the European Parliament and the Representative of the European Commission in Greece
Free Admission. Reservations via the participation form. (Free transportation to and from the center of Athens)

This year’s Europe Day in Elefsina is dedicated to young people, democracy and culture, on the occasion of 2022, which has been declared the European Year of Youth, with a series of events co-organized by 2023 Eleusis European Capital of Culture, the Office of the European Parliament and the Representation of the European Commission in Greece, on Saturday, May 7.

Specifically, the Europe Day celebrations will include discussions between young people on sustainable cities, culture and democracy, with contributions from MEPs, artists and other important figures. At the same time, and in view of the title year of the European Capital of Culture in 2023, the celebration will feature artistic events, based on the rich cultural heritage of the region.

Admission to all Europe Day activities is free to the public. Reservations via the participation form. (information included on ways of free transportation to and from the center of Athens)

A walk around the city of Elefsina

The European Capital of Culture as an institution focuses on highlighting the richness, diversity, and common aspects of European cultures, seeking to reinforce ties and mutual understanding between European Citizens. It also aims at the revelation and development of the tangible and intangible Economy of a city via the interventional contribution of Art, Culture and Research.

Drawing inspiration from the rich history of the city, 2023 ELEVSIS forms a comprehensive artistic, research and educational program, the MYSTERIES of TRANSITION, moving in four strategic areas: Culture, People, City and Environment. Accordingly, there are three distinct and interconnected central themes of the programme, People / Society, Environment and Labor, reflecting the unique features of the city and the contemporary challenges both Elefsina and Europe are facing.

Through the walk in the area of Lower Eleusis, 2023 Eleusis European Capital of Culture seeks to reveal the unseen side of the city, marking a new era for the city and its people.

Four working groups, consisting of young people, ages 16-30, will play a central role in the parallel discussion on the following subjects:

A co-creation workshop that explores the interconnection of young people with culture in Greece, and the relationship between culture and the social environment. Following the New European Bauhaus principles regarding the creation of a beautiful, sustainable and inclusive future for Europe, the workshop will explore how arts and culture can be a vehicle for social change. How can the new generation redefine culture and guide us through this transformative journey?

How much longer can we ignore or deny climate change? Why is it considered the source of all issues? Is it possible for the way we live, consume and produce, to be combined with a better future? How can cities become sustainable? Millions of young people around the world are protesting about the deterioration of their quality of life and demanding action to tackle the pressing issue of climate change immediately. The climate crisis is not just a complicated issue. It concerns our survival. It is not a single-country target, but the most important global problem.

The central discussion will take place in person, at the Elefsina-West Attica Labor Center, with simultaneous webcast via the YouTube and Facebook channels of the EP Office in Greece and the participation of MEPs, artists and other prominent personalities, in order to analyze the findings of the aforementioned individual debates. All health measures in force at the time will be observed for those attending. Please note that photography and videography will take place during the event.

Speeches by the following:

During the main discussion, the first screening of the one-minute animation movie, which was awarded in the Animation Challenge competition, will take place, co-organized by the EP Office in Greece, in collaboration with Animasyros International Animation Festival.

Print Your City is an initiative by The New Raw team, investigating the relationship between 3D printing and plastic recycling, through the creation of original objects. It involves the creation and operation of a Plastic Recycling Laboratory, which will include machinery for separating and processing plastic and a robotic 3D printing arm. In addition, within the workshop, the project team will design and implement an Experience Center, i.e. an information space on the transition from recycling to 3D printing.

During its operation, the Laboratory and Experience Center will be open to all citizens with free admission, while free educational programmes for children will be implemented, focusing on the circular economy, the environment, co-creation and New Technologies. As part of these programmes, 3D printing will be used to create original objects or furniture from recycled plastic, which will be placed in selected locations in the city after the action is over.

The Lab will be installed inside the INNOVATION LAB, constituting the first action of the applied innovation theme entitled Fabricated Worlds.

As part of the axis “Ordinary Mysteries | Environment,” three presentations have been hosted until today within the archaeological site, entitled “Clock Tower Voices,” against the background of the historic city clock. Renowned artists recite important texts of Greek literature, accompanied by music. The aim of the event, which is repeated twice a year, is to activate the historical landmark of the Clock, and to consolidate it as a regular event, which will keep taking place after the end of the artistic programme of 2023 Eleusis European Capital of Culture.

A cornerstone of modernist poetry, T. S. Eliot’s The Waste Land is now considered a classic. Published 100 years ago (1922), it expresses the sadness and pessimism following the experience of the First World War. Eliot’s magnificent poetry will be heard in the magical setting of Elefsina, on the 100th anniversary of its publication, and at a time when “burying the dead” has once again become an everyday occurrence.

The European Parliament Office in Greece and the Children’s Art Gallery of Greece, in collaboration with 2023 Eleusis European Capital of Culture, organize the artistic programme for children and adolescents, entitled “Eirinia Toxa” (Peace Rainbows), as part of the 2022 Europe Day celebrations. Peace is the main objective of a united Europe. The prevalence of peace has always been the essential condition for progress in every sphere of life. On the contrary, war—as history teaches us and as we are clearly experiencing once again with Russia’s invasion of Ukraine—only causes destruction, problems and sorrow.

Against the war cries, the European Union upholds the principles and values of freedom, democracy and respect for human rights. Young artists are mobilizing their brushes to restore the “peace” rainbows over Europe and around the world. With the power of art as our ally, we are shouting a resounding NO to war and we are painting the dream of all the world’s children, the greatest “peace” rainbow, to rise and shine forever throughout the world.

Screening of the film Great Freedom, by Sebastian Meise.

a candidate for the LUX 2022 Audience Award

In post-war Germany, Hans is repeatedly imprisoned for being gay. His longing to live free turns out to be a pipe dream when he is found guilty of violating Section 175 of the German Criminal Code. His only constant in his life is now his long-time cellmate Viktor, who has been convicted of murder. The disgust they feel for each other gradually turns to love. Click here for more information. 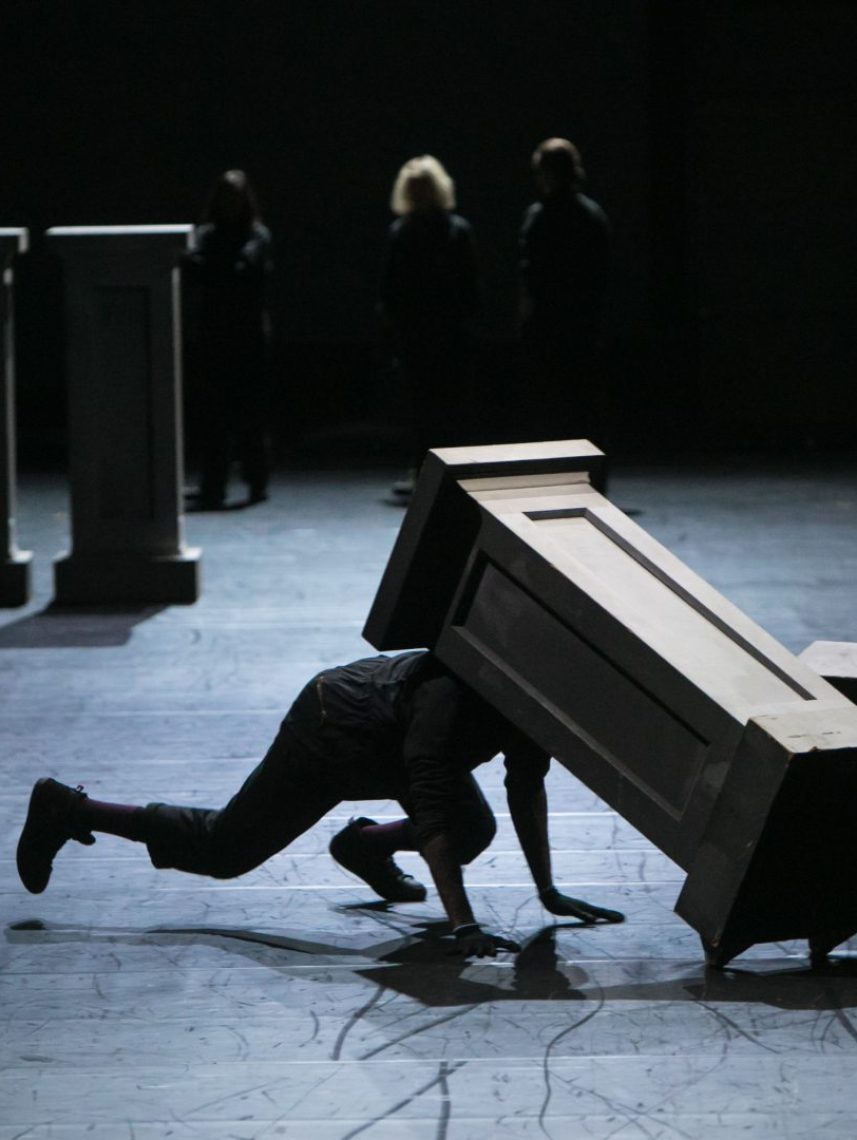 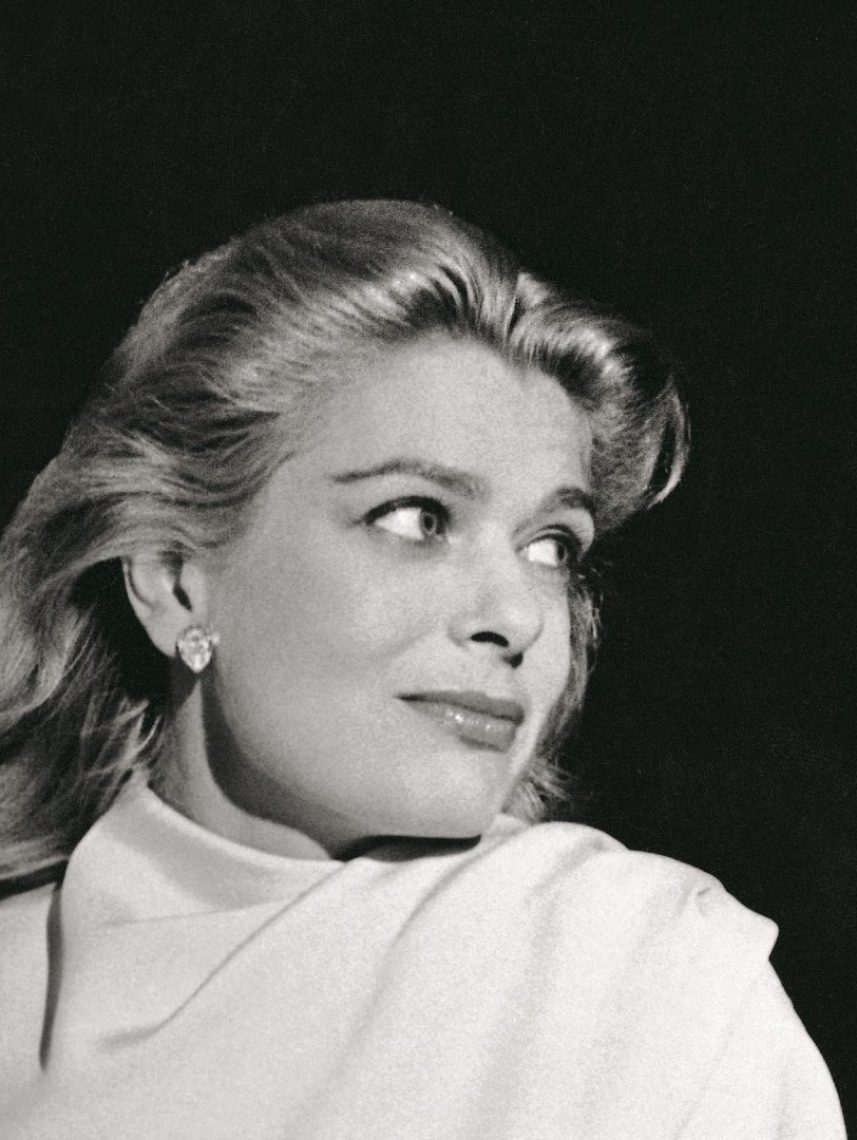 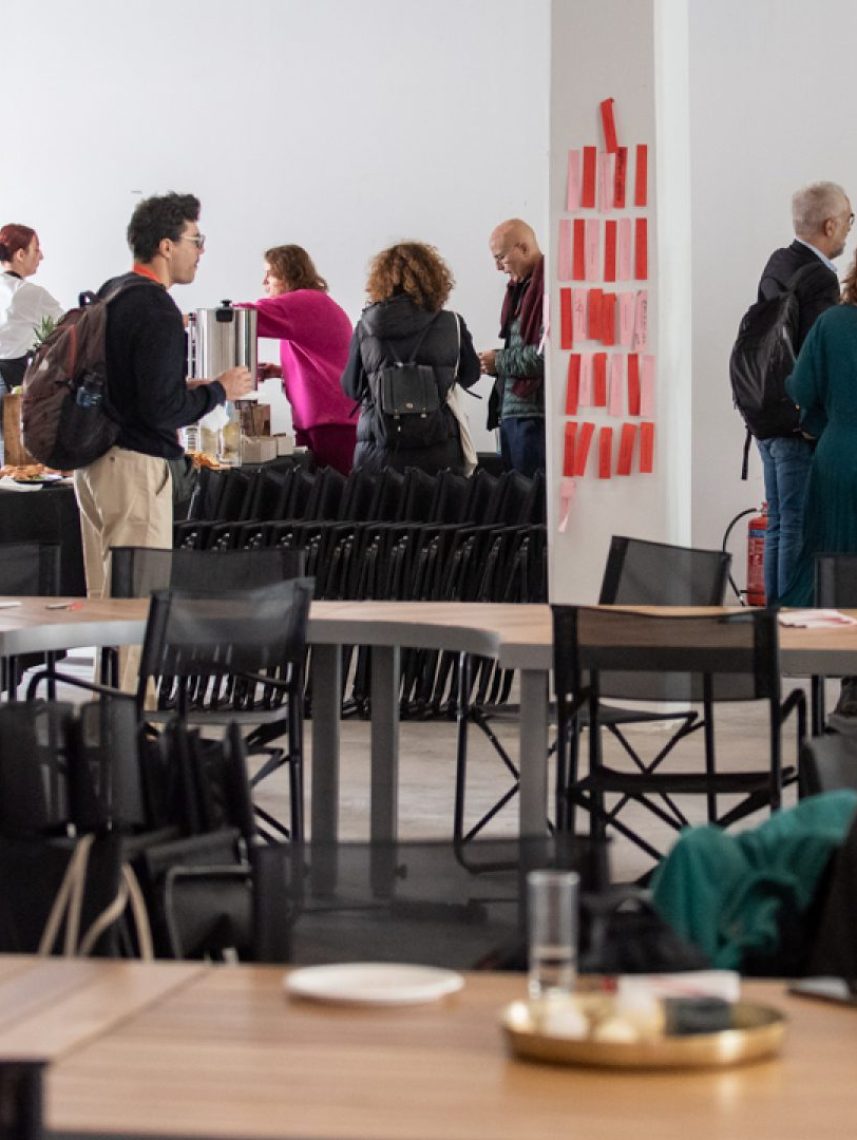 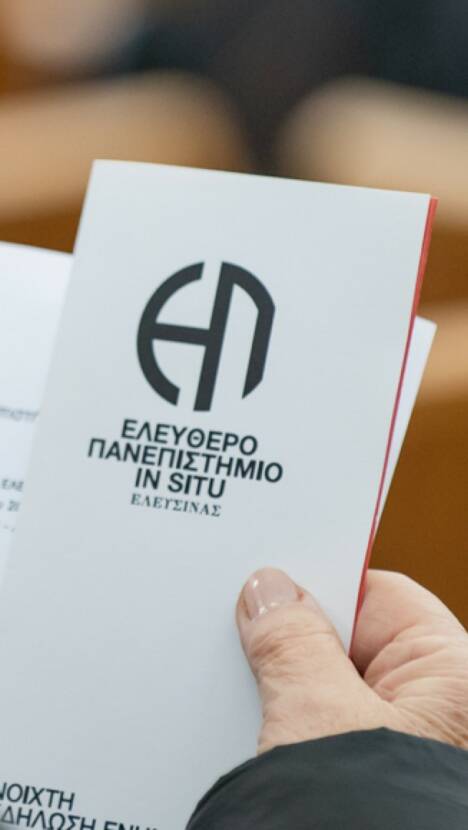 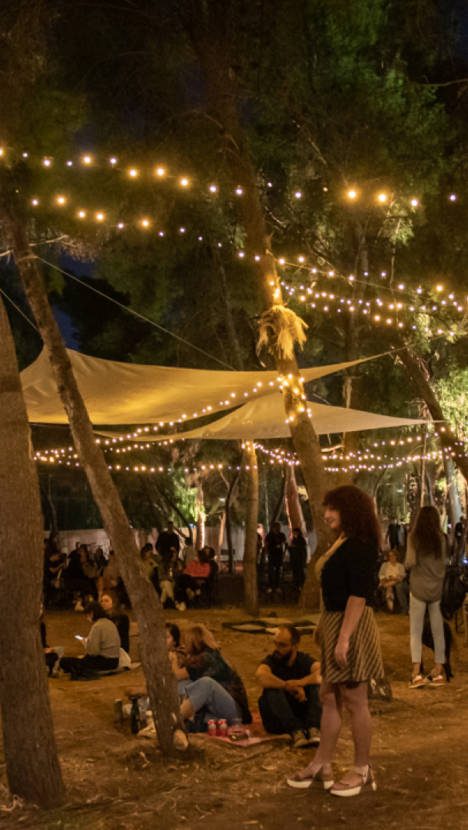 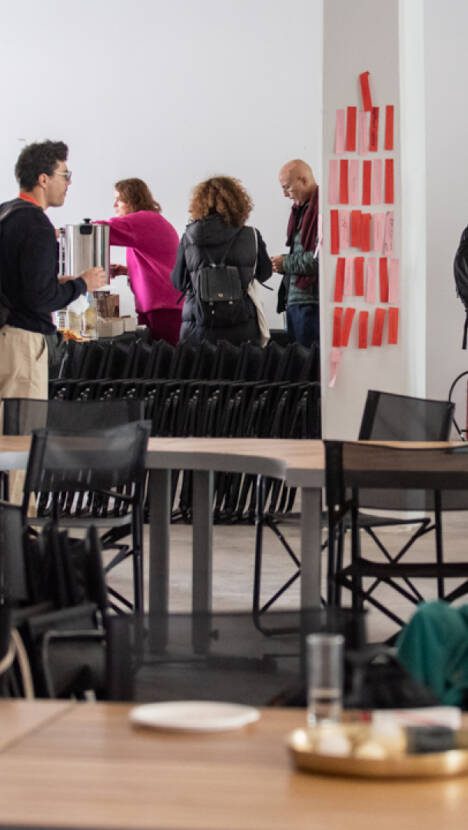 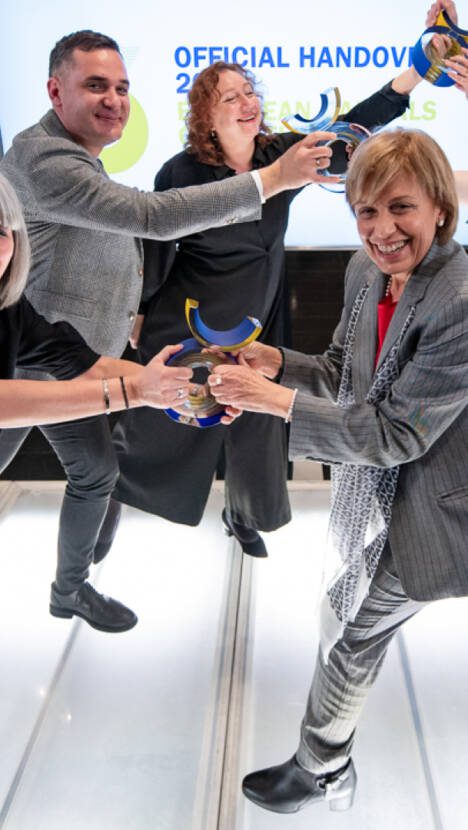 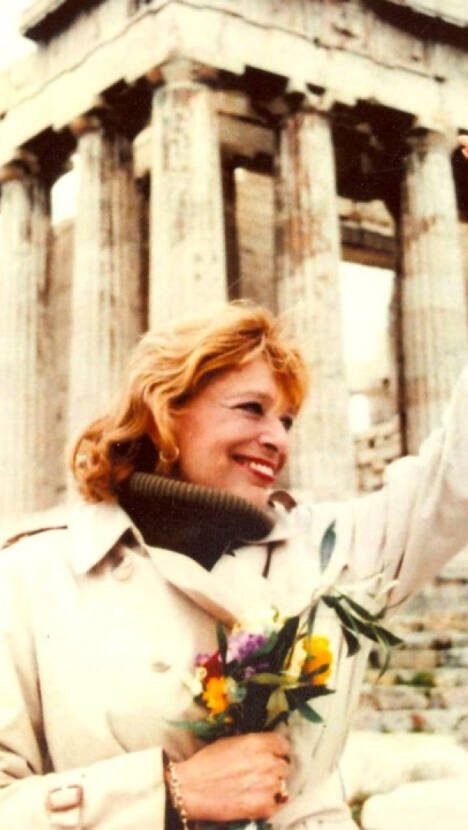 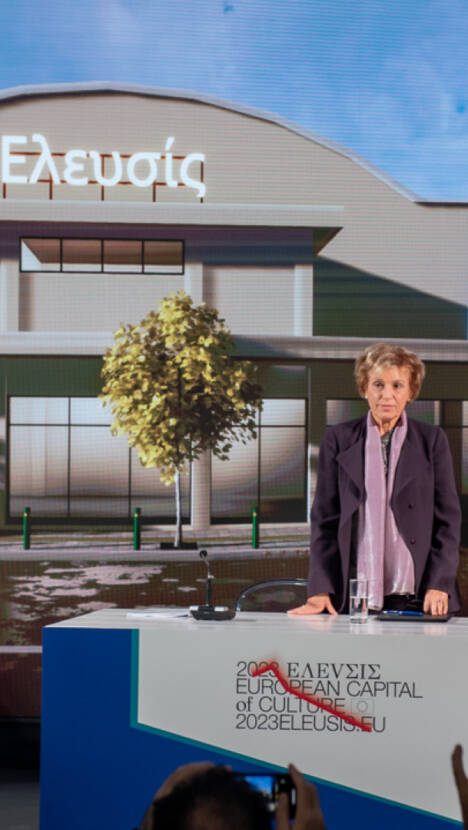 The reconstruction and redevelopment of Cine – Eleusis begins, sponsored by Hellenic Petroleum
Posted on12.22.202212.22.2022
Elefsina ... 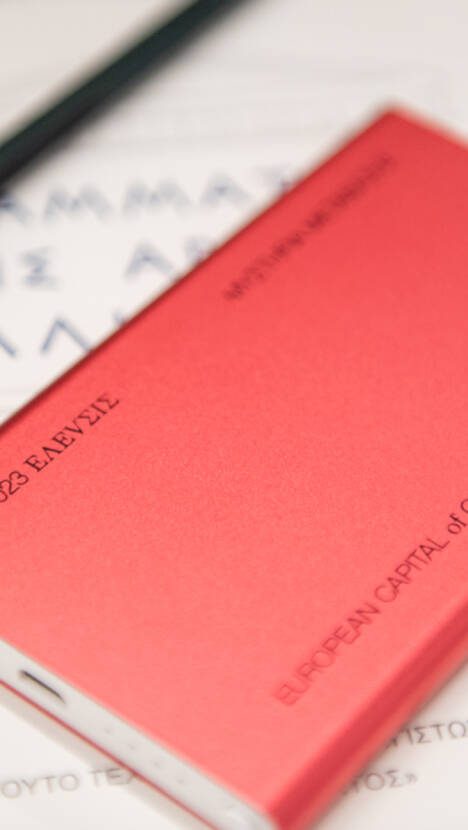 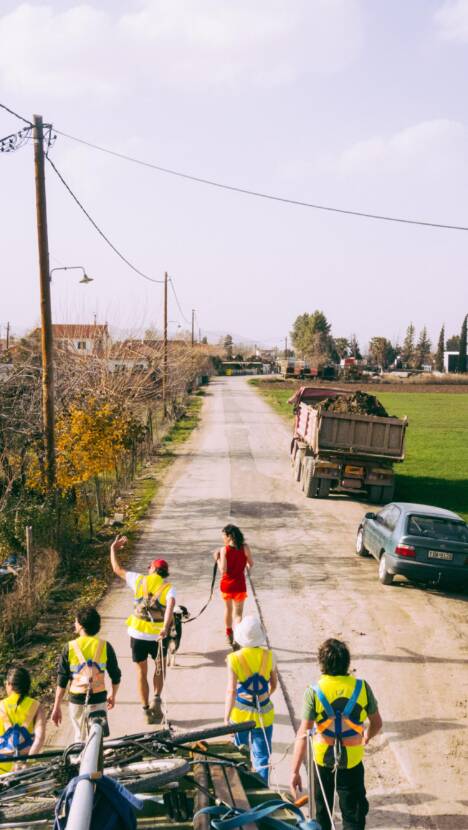 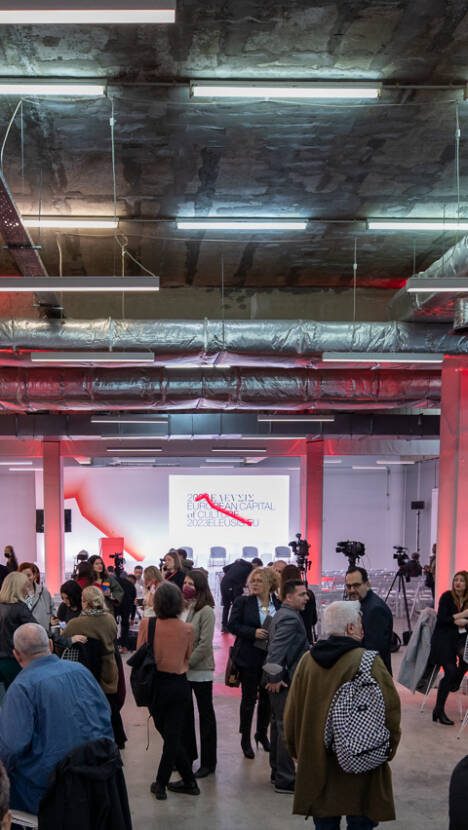 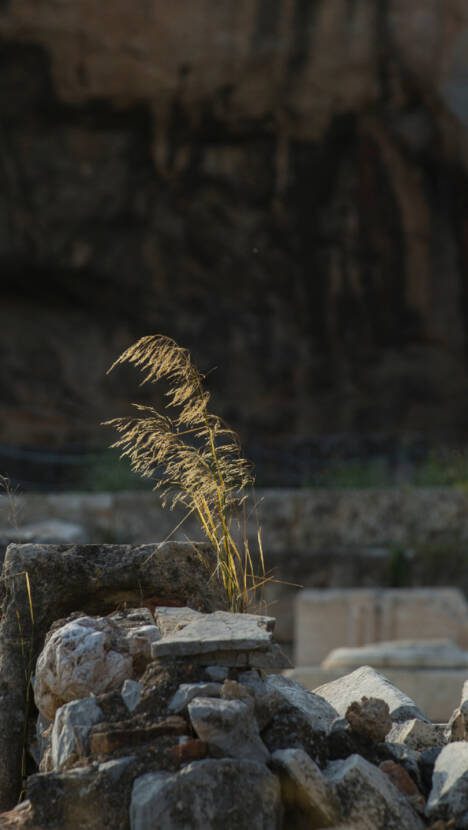 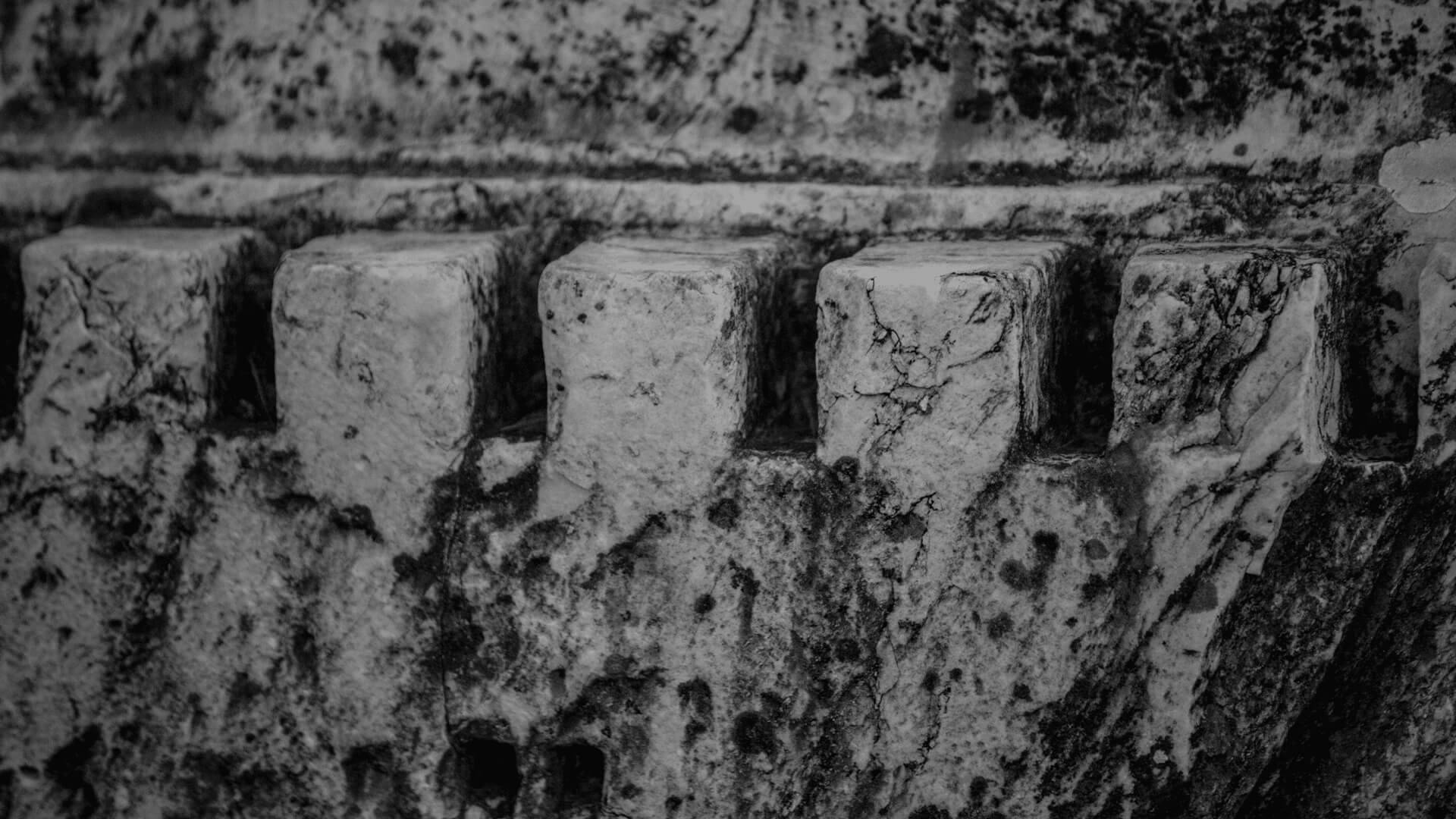 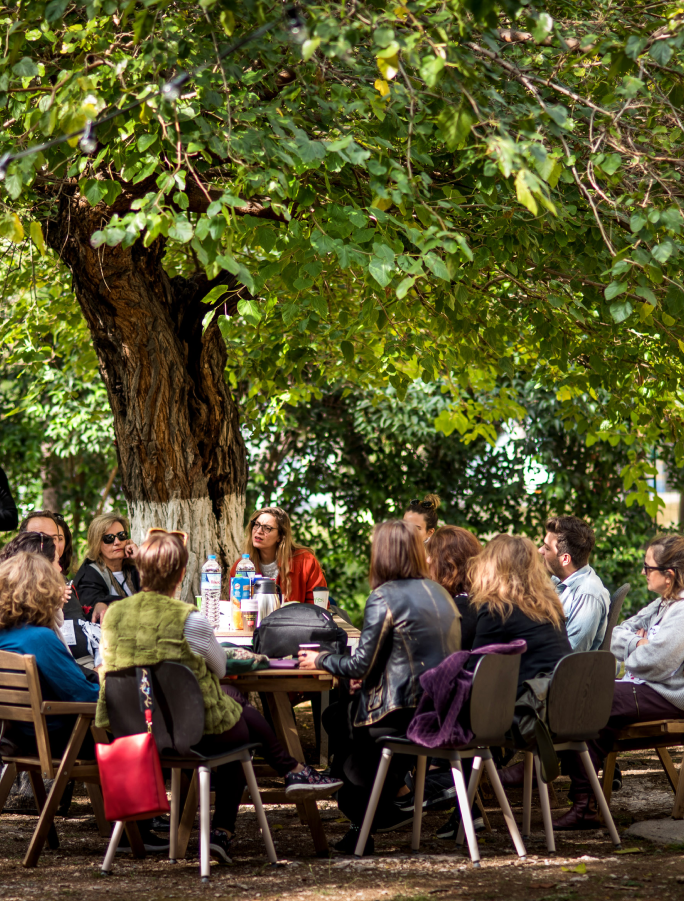 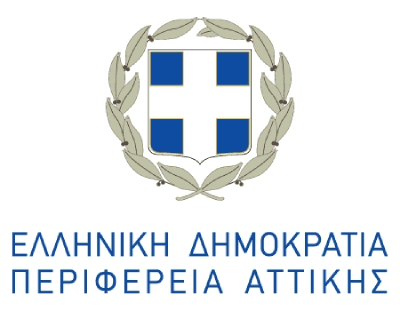 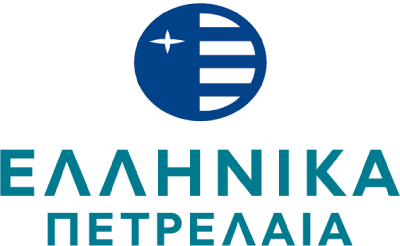